"Mallory told me himself, when he talked to me of his possible routes up the final pyramid and told me where to watch for him, that he expected to go up the northeast of the final pyramid, but if he found the Gully particularly difficult, or if the west wind were particularly bad, he would take the eastern ridge, missing the Gully by passing across the head of it and gaining better protection from the west wind."
- John Noel, expedition photographer

"Norton has suggested the possibility of breaking through the lower of these two bands east of the great couloir, and traversing along the slabs between it and the upper band until it is possible to break through the latter." -- Everest 1933

This site presents a viable theory that Mallory and Irvine summited Mount Everest on June 8, 1924.  They climbed a moderately difficult route just above the Couloir (pictured above) which had been identified by E.F. Norton two days earlier.  They did not climb the Second Step, but instead took a lower route to bypass the obstacle, just the way Mallory described in the 1921 reconnaissance report.

Mallory described his potential route to John Noel, the 1924 expedition photographer, in the days prior to his climb.  Mallory stated his first route choice was to go up the Couloir to access the north-east section of the final pyramid.  His backup route was to cross above the top of the Couloir and access the ridge of the East Face at a point above the Couloir.  It is this second route that matches with the sighting of Odell at 12:50.

The myth they climbed either the First or Second Step was a deliberate deception created by E.F. Norton. Odell sent a mountain dispatch down to Norton at Advanced Base Camp stating they were seen at the Final Step (Third) at 12:50. Norton destroys the dispatch and then falsifies the altitude and time in a report to The Times.

When Mallory was found in 1999, the multiple searches of his body and having to bury him, dig him up, and then search again ruined the ability to determine whether they made the summit. Had Mallory made it to the summit, he would have collected summit rocks and put them in his pockets. In the haste to locate a camera, they destroyed the evidence that would have shown whether they made it to the top.

UPDATE:  I have some comments on the 2019 search which is described in National Geographic. I had nothing to do with that search.

Watch the route fly through video.  Watch the video on Odell’s sighting of Mallory.  Read the theory. 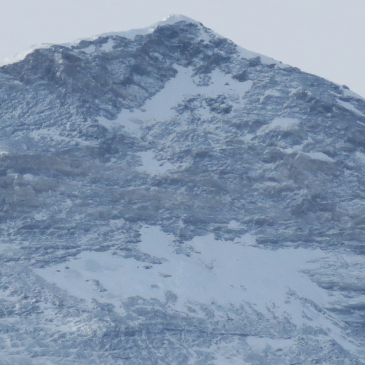 Had Mallory made it to the top, he would have collected rock samples. … END_OF_DOCUMENT_TOKEN_TO_BE_REPLACED 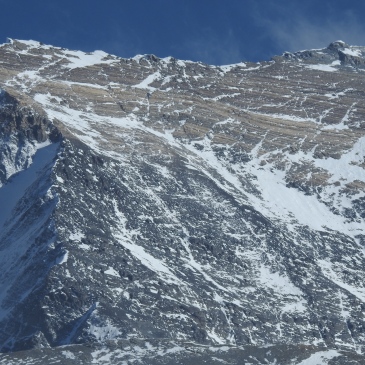 A recent National Geographic article describes a small search effort conducted in 2019. The 2019 “search” consisted of climbing to the summit and then descending. Along the decent, a slightly different route was taken in the region near the exit cracks. This same area was searched in 2004 by Jake Norton and by myself and … END_OF_DOCUMENT_TOKEN_TO_BE_REPLACED

Mallory’s published statements show that he never intended to climb the entire crest of the North-East Arete.  Instead, he planned on following a route below the ridge in order to bypass the obstacles on the crest.  Mallory did not consider climbing the Second Step.  Indeed, in all his expedition journals, letters home, and documented conversations, the … END_OF_DOCUMENT_TOKEN_TO_BE_REPLACED

A breif re-cap of Mallory and Irvine's climb and possible Irvine location.